From Water Chain Buckets to Combine Harvesters: The Emergence of KARTAR

From Water Chain Buckets to Combine Harvesters: The Emergence of KARTAR

As said by wise men, change is an inevitable part of our lives, and the way we reciprocate draws the whole difference! With optimism like this, a chain bucket manufacturer has established an extensive business of combine harvesters. Do you want to know how? Let’s take a closer look at the series of decisions taken by KARTAR, which made his business thrive even after several unseen challenges.

The tale starts back when people used traditional methods to fetch water using chain buckets. Basically, the chain bucket is where it all started. Born to a family that functioned in the manufacturing of chain buckets, joining the same family business was nothing new for KARTAR. After completing his education, he put all his efforts into the family business. However, like said earlier, change is inevitable.

Where KARTAR felt proud of making a minimum of 80 buckets daily, a day came when electric tubewell replaced traditional methods of fetching water. As a result, the need for a chain bucket started to fall. It was the same period when the Green revolution emerged, which almost washed the era of chain buckets.

Obstacles came in manufacturing chain buckets, and so did the methods to handle the condition as well. The Green Revolution not only impacted agricultural production but also brought the influence of new technologies. The change also boosted the need for machinery and other related sources. After all, the needs of farmers and agricultural uses were the main focus.

Being adamant about making the best of the situation, KARTAR embarked on the production of seed grills, which was a need of farmers. What started in the 1950s has still maintained its place in the market. Even today, Bhadson seed drills have managed their places in the must-have list of farmers. 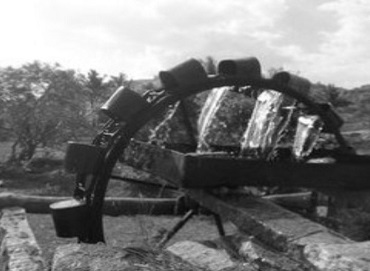 As a result, after returning from the exhibition and learning the needs of farmers, he found his direction to go.Even though manufacturing a combine harvester was not an easy task, collective efforts of the family supported by optimism paved the way for establishing a name among manufacturers.

The Comeback of Kartar

Initially, the whole process of experimenting, failing, motivating, and creating took place in his old workshop in Bhadson village. Connected to the roots of Punjab, it didn't take KARTAR and his family a lot of time to understand the situations of farmers, especially financially. Owing to this, he came up with the first Tractor Driven combine harvester in 1978. Where farmers found the harvester to be an affordable solution for their agricultural needs, his business found the demand reaching hundreds in just 7-8 years. The successful outcome and the confidence also made him focus on resolving the other needs of farmers. He initiated the manufacturing of reapers and threshers, which eventually saved farmers from breaking a sweat.

The Impact Brought by KARTAR

KARTAR came with a Self Propelled combine to serve the farmers for 2,10,000. During those times, a harvester imported from another nation would cost 7-8 lakhs. Paying a non-hefty cost gave farmers access to a machine with a 10.5 feet cutter bar and 55 horsepower engines. This harvester just took just an hour to harvest 2-2.5 acres of the field. It held the capacity to work on 1200 acres annually, which can cover both seasons.

KARTAR has been carrying a firm belief of aiming for the satisfaction of the customers. A principle like this and many others focused on good workmanship and staying all ears for listening and resolving the queries of customers laid the foundation of his business.

What initially started as an experiment in his old workplace at the Village Bhadson has reached different locations. It won't be wrong to say that along with advancements in the agricultural efforts, his efforts sow the seeds of development in his hometown.

As said earlier, the secret of success lies in adaptability, and that's what made KARTAR motors a recognised name for Harvesters manufacturers today. Having touched the heights of success, KARTAR also holds the opinion to make the best out of technology, which can create a thriving and prosperous tomorrow.

He firmly believes that to make things work, all of us need to come forward. The financial institution can include loan facilities to introduce such advancements. Other organisations can also find ways to educate people about the same. If financial constraints still exist, it is wise to work hand in hand with each other. After all, a successful outcome is the end goal of everyone.

You can stay updated with our newsletters. Subscribe now!

Our mission is to provide better quality products that can simplify saving for our clients.